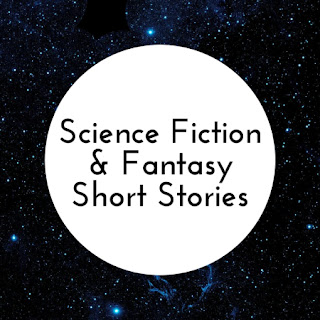 My latest haul of fantastic speculative short fiction from around the ‘net. It really is an embarrassment of riches.

Foxfire, Foxfire, by Yoon Ha Lee at Beneath Ceaseless Skies. Battle-robots, shape-shifting, and a fantastic chase (with life and death hanging in the balance) come together with gorgeous prose in this fantastic story. It weaves together strands of fantasy, legend, and scifi to something altogether new and different.

Blood Grains Speak Through Memories, by Jason Sanford at Beneath Ceaseless Skies. “As Frere-Jones closed the door, a red fairy wearing her dead lifemate’s face flittered before her eyes. A flash of memory jumped into her from the fairy’s grain-created body.” Sanford skilfully sets up an intricate, weird, and uniquely imagined world where land-anchors are set against day-fellows (don’t ask, just read), and where memory, family, protecting the land, and finding a place to call home are complex and potentially dangerous things. It’s a story that made me want to read more about the world it conjures.

The Governess with a Mechanical Womb, by Leena Likitalo at Clarkesworld. This is another short story that conjures up a very deep and unique world. The story is set in northern Finland in a future maybe not so far from ours, when beings calling themselves Victorians have taken over Earth. For what purpose? Well, that’s up for debate. It’s a tale of two sisters, their somewhat human Governess, and the difficult choices we’re faced with when we love someone and want to keep them safe.

A Crown For Two, by Brent A Harris at Altered Instinct. I read this story back in February but had to come back and read it again. I’m a big fan of historical fiction, and this one goes back to ancient Rome for a story about a jeweler, twin emperors, and a crown.

Bones of the World, by Jennifer Hykes at Apex Magazine. “Maggie was sitting on an old packing crate by the docks, having tea with a lobster she had named Miss Snips, when Father O’Grady approached her.” That’s the opening line. It was the lobster that pulled me in to this story, but I stayed for the girl. Magic, family, ships, love lost and avenged, and a lot more.

The Four Gardens of Fate, by Betsy Phillips at Apex Magazine. This terrific, fast-paced mind-bender of a tale weaves together several lives and fates, lottery numbers, and what can happen when you have the Gift.

Your Orisons May Be Recorded, by Laurie Penny at tor.com. Imagine heaven’s call center, where all prayers are answered (and may be recorded), but where the answers aren’t always what people would like them to be. Funny and heart wrenching at the same time, this story is a highly original take on angels, demons, and prayer.

RedKing, by Craig Delancey at Lightspeed. Computer viruses, gaming, hackers, and malicious code: RedKing is a dark and gripping tale that imagines how you can twist people’s perception of reality if you can hack into the human brain. (I believe we’re not too far off from some of the ideas explored in this story.)

Meltwater, by Benjamin C. Kinney at Strange Horizons. This is a strange and beautifully told story of the far future, where humans – and human emotions, thoughts, and love – can live on in many different ways, and many different guises. Mesmerizing language.

“Read intensely”, Ray Bradbury said once upon a time, and I’m trying to take his advice to heart. Here are 9 stories, published online, that caught my eye and interest the past few weeks.

Tom, Thom, by K. M. Ferebee, at tor.com. This short story about war, loss, wolves and not-wolves, brothers and not-brothers, and about the strange tales we tell children about the woods, is a dark and shiny gem. It’s so good I’d wager it’ll win awards of some kind somewhere down the line. Read it immediately.

Breaking Water, by Indrapramit Das, at tor.com. A unique zombie story that isn’t really a zombie story, that’s what this is. Krishna and his dead wife walk away from the river. Later they get married.

Sing Me Your Scars, by Damien Angelica Walters at Apex Magazine. “I have no wish to die again, and neither do the others”. Strange, creepy as heck, gruesome, and compelling: this  terrific short story had me thinking of a certain Adventure Time-episode with the Ice King… and there is definitely nothing wrong with that.

iTime, by DM Gillis at Altered Instinct / Inkling Press. Want to read about time travel, aging, the evils of Steve Jobs, and the amazing stuff that might be written down on Burger King napkins? Of course you do. Also, this funny and rather trippy short story is set in Vancouver, which is always a good thing.

Between Dragons and Their Wrath, by An Owomoyela and Rachel Swirsky at Clarkesworld. “This is a world with only two things in it: the ones which change, and the ones which linger on. I was one of the things that changed.” Like in a fever dream, or a vision, the landscape and the people in this short story shift and change as you read it. I won’t even attempt to tell you what it’s about, exactly, just that it is definitely worth reading.

Inspirations, by Seanan McGuire at Nightmare Magazine. Where does your inspiration come from? McGuire’s answer in this short story comes with a twist of horror, a twist of dark fantasy, and a twist of mythology, making for an unusual and thought-provoking tale.

Another Beginning, by Michael McGlade at Shimmer. McGlade’s short story has been stuck in my head since I read it a couple of weeks ago. Not that I mind. There’s a magpie (there really aren’t enough literary magpies), a vision of the afterlife, thoughts of revenge, and maybe (just maybe) a glimmer of redemption.

Red Mask, by Jessica May Lin at Shimmer. I read this just before bedtime last night, and I blame any and all strange dreams I had on Lin’s tale. A ghost story set in a future New China, this short story features a beautifully described friendship, a serial killer, and a gruesome but profitable business idea…