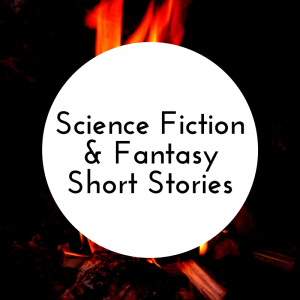 It seems I had lots of time to read short fiction this past month, because my shortlist of “great speculative short fiction I read online” is even longer than usual. I’ve tried to keep each list to nine stories, but this month it was impossible, so I went with 13 instead. So many fantastic stories, so many fantastic zines, sites, and writers.

Bearskin, by Angela Slatter at The Dark. Angela Slatter is one of my favourite writers right now, and this short fantasy story is a brilliant showcase of her skills. Dark, lustrous prose, and a tale that weaves together both horror, sadness, and bits of joy. It’s beautiful stuff, and it made me cry: definitely a story that I keep turning over in my mind long after reading it.

All The Colors You Thought Were Kings, by Arkady Martine at Shimmer. This is an astonishing science fiction short story that manages to contain and evoke a vivid world, a whole civilization in just a few thousand words. You get that feel of an entire universe, glinting around the edges. The language is gorgeous, and the story moves and throbs with action and desire and tension. Totally extraordinary.

The Men From Narrow Houses, by A.C. Wise at Liminal Stories. Wise’s short story appears in Liminal Stories very first issue (it’s definitely a zine well worth checking out for fans of speculative fiction), and it is an absolute trip to read. I won’t try to describe it, except to say that it will bend your mind and twist your expectations all around. Fantastic writing, and a very original story.

17 Amazing Plot Elements… When You See #11, You’ll Be Astounded!, by James Beamon at Daily Science Fiction. Wow. That was pretty much what went through my mind when I read this story. From the “clickbait” title, to the story’s structure, to the ending that flipped the whole thing all around, this is brilliant, gutsy, and unique.

Whale-Oil, by Sylvia V. Linsteadt at Beneath Ceaseless Skies. A very strange, very beautiful, and very moving story about a boy who sees the souls of whales floating above the city of San Francisco, and sets out to do something about it. Ecology, Native American spirituality and mythology, geology… many things are twined together in this story.

The Cedar Grid, by Sara Saab at Clarkesworld. Saab’s gripping short story is set in a future-verse where humans and aliens rub up against each other on new planets far away from earth, yet Majd, the main character, lives a life haunted by earth and a way of life that is very far removed from his own existence. The world and characters in ‘The Cedar Grid’ have an astonishing depth, and there’s a vivid sense of place, whether we’re on a new planet, or running through the streets of old Earth’s Baalbek.

The Blood That Pulses in the Veins of One, by JY Yang in Uncanny Magazine. A science fiction / horror story that had me simultaneously spellbound and cringing – this is definitely scifi that stands out. Fantastic writing by Yang.

Now Watch as Belinda Unmakes the World, by Lynette Mejía at Flash Fiction Online. Mejía’s story is dark, evocative, and beautifully written to boot. It’s also fierce and relentless in the way it plays out, with a strong undertow of real-world sorrow and grief that sets it apart. A great example of gripping flash fiction.

1957, by Stephen Cox in Apex Magazine. Whoa. As soon as I finished reading this very unsettling short story, I had to read it again. It’s just that kind of story. In the beginning it appears to be one thing, but then it twists and turns and creeps up on you with a growing sense of unease and weirdness.

Deathlight, by Mari Ness at Lightspeed. I love weird and strange science fiction, and this is definitely that. It’s the story of a very strange encounter, very far away in outer space, and also involves alien lifeforms. The two well-written main characters and the relationship between them was another reason this story hooked me. Brilliant writing, an original idea, and fantastic prose.

How High Your Gods Can Count, by Tegan Moore at Strange Horizons. This story definitely got under my skin. A temple, fickle gods, clueless tourists, guns, monkeys, and a sudden terrifying and mind-bending perspective on humanity and evolution. There’s a sense of dread and a chilling, existential horror pervading the entire story: “We did not satisfy, and the gods must be satisfied.”

To Dr. Von Lupe, Concerning the Kraken, by Alanna McFall at Mad Scientist Journal. This is a hilariously written science fiction-ish short story, involving knitting, octopuses, and scientists working for a very demanding boss. Click through for the illustration that goes with the story, if nothing else…