10 stunning stories I read in September 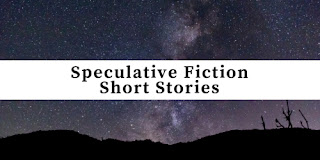 September was full of stunning, spectacular stories. I picked ten for my roundup at B&N, and another ten for this roundup on my blog, but there were many more stories worth reading out there.

If you can, take a moment to support the zines that publish all this gorgeous short fiction. Subscribe if you can, support them on Patreon or through PayPal, buy an issue. A lot of work and love and dedication goes into each and every publication of a story, from writers, editors, slush-readers, and artists. We take this access to fiction for granted, but every zine relies on readers to support the work. Please throw some money their way if you can.

Brigid Was Hung By Her Hair from the Second Story Window, by Gillian Daniels in The Dark

“Brigid, a native of County Cork, was nineteen in 1889 when she moved to Boston to marry Michael O’Flannery, who ended up hanging her out the window by her hair. They had not set eyes on each other prior to when she came to live with him.”

An old-school tale of horror, where fate has its way, and where old misdeeds come back to haunt you. The prose is gorgeous, and the story twists and turns through the life of Brigid, who goes looking for happiness and finds more hardship than she can stand. And when she tries to escape, when she thinks she has escaped, fate still comes knocking to claim its due.

Flight, by Tanya Aydelott in Foreshadow

“They stayed for a long time in the room with the unicorns. Mama had told her stories, but nothing looked the way she had imagined…….Mama touched her cheek, and she realized she was crying.
“Yes,” said Mama, “we should cry for them.”
“But they’re not real,” she remembers saying, her young voice high and hot.
“Things can be real even if we never see them,” Mama said. “Most things are. Don’t say a thing isn’t real until you know for certain.”

I really love Foreshadow and the stories they’ve been publishing since launch. The zine is aimed at YA readers, but the stories are well worth reading for adults as well. This story is a wondrously dark-tinged, beautiful and magical. It’s a story about a daughter and her mother, about secrets, about transformation, and about a magic so powerful it changes your life and your self. The story starts out seemingly rooted firmly in the real world, but in the telling, it slips further and further into fairytale, lore, and fantasy. Moving and haunting.

“The wasteland opened before us, cold and bleak like we’d stepped inside a predator’s eye. Blue Girl sat on Huntress’ back, shoulders drooping, the hem of her dress ripped at the knees. She’d be fine tomorrow. Until then, the wolf would gladly ease her burden.”

A group of creatures, human and otherwise, are traversing awasteland. They are haunted by death and loss and grief. This is a quiet and harrowing story set in a world that seems to be disintegrating, and Meriläinen packs a lot of emotional power into every word before bringing it all to a gripping conclusion.

Mary When You Follow Her, by Carmen Maria Machado in VQR

“In the autumn of Maria’s eighteenth year, the year that her beloved father—amateur coin collector, retired autoworker, lapsed Catholic—died silently of liver cancer three weeks after his diagnosis, and the autumn her favorite dog killed her favorite cat on the brown, crisped grass of their front lawn, and the cold came so early that the apples on the trees froze and fell like stones dropped from heaven, and the fifth local Dominican teenager in as many months disappeared while walking home from her minimum-wage, dead-end job…”

Carmen Maria Machado is always so astonishingly good, and this story is no exception. (It was published last year, and I can only thank whoever recently posted it on Twitter for making me aware of it!) It’s a story written as one single sentence, and within that form, it manages to be both deeply moving, subtly funny, and powerful. Amazing stuff.

“He was to be the self-criticizing poet, the correctly guilty poet. He was our collective finger of condemnation pointed at a mirror, and then holding that pose, turning our heads a little, shifting hips, finding our good side in the light of truth and reconciliation.”

In the future, a poet is sent back in time to certain chosen moments in history to read his poems, while the event is streamed to fans and admirers. “The poems bore witness; they condemned, they grieved, they memorialized. And, of course, they apologized.” This is such a strange and lyrical piece, subtly unsettling, and with the kind of prose that leaves you wanting more.

Sweet Dreams Are Made of You, by Merc Fenn Wolfmoor in Nightmare

“The game is played in dreams. It’s called Vore, and it requires two people.
Find a partner. Bring your spouse or significant other. It’s best if there is a strong connection between you. Our studies show this enhances the experience.”

A trippy, profoundly unsettling story that gets more disturbing with every line and paragraph. There’s a game you play. Two of you play together and a character inside the game eats you. What happens afterward? Well, that’s not supposed to be part of the game, but it seems the game might have crept into the world. Brilliant horror.

I love flash fiction, and I love Cast of Wonders’ Banned Books Week, and this episode of CoW combines those two things and includes three very different, compelling stories.

Seed and Cinder, by Jei D. Marcade in Uncanny Magazine

“One night on the mountain, you eat his death.
You don’t know what compels you to do it. It has been a trying day. Anyone might have committed the same thoughtless act of petty retaliation.
Whatever the reason, when Kyoseong turns his back on you, slender hands on narrow hips, you take his death between your teeth and bite down, hard. It cracks between your jaws like thunder condensed in a chestnut, and the echoes roll off the trees, across the face of the cliff.”

Oh, how I love this story. It’s a deep and quiet story about loneliness and friendship, about life and death, and about how the relationships in our lives change over time as we are changed by those around us and they change us in turn. Mercade’s story is based on Korean mythology, and I really love how it’s a story about monsters and the monstrous, but also a deeply human story.