My recommended reading list for 2021: novellas, novelettes, and short stories

These are some of the amazing novellas, novelettes, and short stories I read in 2021. There were many, many more amazing stories published, but being one person with a finite amount of hours in the day, I was (unfortunately) not able to read everything, but here are things I read and loved and would like others to read, too.

My own published work from 2021 is here. 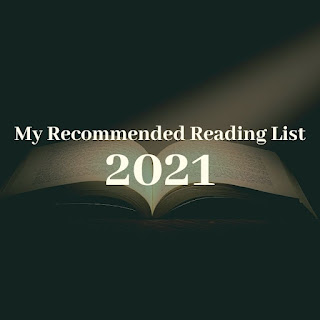 Every Word a Play by Meridel Newton in GigaNotoSaurus

Submergence by Arula Ratnakar in Clarkesworld

The Necessity of Stars by E. Catherine Tobler from Neon Hemlock Press

The Language Birds Speak by Rebecca Campbell in Clarkesworld

The Badger’s Digestion; or The First First-Hand Description of Deneskan Beastcraft by An Aouwan Researcher by Malka Older in Constelación Magazine

The Burning Girl by Carrie Vaughn in Beneath Ceaseless Skies

The Karyōbinga Sings to Jiro by Ryu Ando in Strange Horizons

The Techwork Horse by M.H. Ayinde in Fiyah #17

Honey and Mneme by Marika Bailey in Apparition Lit

To the Honourable and Esteemed Monsters Under My Bed by E.A. Bourland in The Magazine of Fantasy & Science Fiction, Sept/Oct 2021

The Chicken Line by Jendayi Brooks-Flemister in Constelación Magazine

To Rise, Blown Open by Jen Brown in Anathema

Every Next Day, by Rebecca Burton in Translunar Travelers Lounge

Spells For Going Forth By Day by V.G. Campen in Metaphorosis

My Sister Is a Scorpion by Isabel Cañas in Lightspeed

The Captain and the Quartermaster by C.L. Clark in Beneath Ceaseless Skies

If the Martians Have Magic by P. Djèlí Clark in Uncanny Magazine

I Wear My Spiders in Remembrance of Myself, by Kel Coleman in Apparition Lit

To Seek Himself Again by Marie Croke in Apex Magazine

Mulberry and Owl by Aliette de Bodard in Uncanny Magazine

The Frankly Impossible Weight of Han by Maria Dong in khōréō

Red Is Our Country by Filip Hajdar Drnovšek Zorko in Lightspeed

The Mothers by Laur A. Freymiller in Nightmare

A Test of Trouble by Catherine George in Luna Station Quarterly

The Taste of Centuries, the Taste of Home by Jennifer Hudak in khōréō

The Trumpet Player by Nicole Givens Kurtz in Fiyah

Open Highways by Alexis Gunderson in The Deadlands

The Promise of Iron by Benjamin C. Kinney in Kaleidotrope

The Children Will Lead Us by Andrew Kozma in Mythic #17

Faithful Delirium by Brent Lambert in Beneath Ceaseless Skies

Across the River, My Heart, My Memory by Ann LeBlanc in Fireside

Your Own Undoing by PH Lee in Apex Magazine

From Witch to Queen and God by L. D. Lewis in Mermaids Monthly

Returning the Lyre by Mary E. Lowd in Kaleidotrope

My Mother's Hand by Dante Luiz in Constelación Magazine

Spindles by Samantha Mills in Kaleidotrope

The Taurus Pilot by Megan Navarro Conley in Anathema

Before Whom Evil Trembles by Nhamo in Anathema

Some Things That Happen When You Have the Strength of Ten Men by Mel Nigro in Augur 4.2

Pull by Leah Ning in Podcastle (narrated by Graeme Dunlop)

Anomaly by Chelsea Obodoechina in Anathema

The Cold Calculations by Aimee Ogden in Clarkesworld

Laughter Among the Trees, by Suzan Palumbo in The Dark

We, the Girls Who Did Not Make It by E.A. Petricone in Nightmare

Where Oaken Hearts Do Gather by Sarah Pinsker in Uncanny Magazine

Mishpokhe and Ash by Sydney Rossman-Reich in Apex

Welcome, Karate by Sara Saab in The Dark

What Sisters Take by Kelly Sandoval in Apex

The 21 Bus Line by Gabriela Santiago in The Dark

From the Ashes Flew the Ladybug, by Alexandra Seidel in The Deadlands

The Center of the Universe by Nadia Shammas in Strange Horizons

The Middening by Allyson Shaw in Fireside

What Remains to Wake by Jordan Taylor in The Deadlands #5

Balfour In the Desert by Fargo Tbakhi in Strange Horizons

To Reach the Gate, She Must Leave Everything Behind by Izzy Wasserstein in Lightspeed

Never a Gentle Master by Brittany N. Williams in Fireside

Where Things Fall From the Sky by Ally Wilkes in Nightmare

For Lack of a Bed by John Wiswell in Diabolical Plots

Become a Patreon supporter / Support me on KoFi