#FridayReads May 14, 2021—support some awesome zines on Patreon! 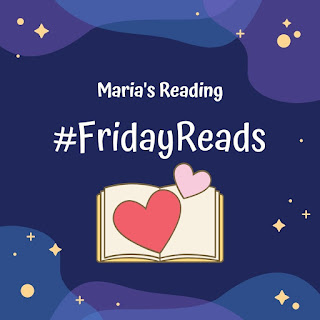 For this week's #FridayReads, I want to shine a light on three excellent speculative fiction zines you can support on Patreon. And I'll also suggest some awesome stories from those zines.

Beneath Ceaseless Skies (ISSN 1946-1046) is a non-profit, SFWA-qualifying pro-rate online magazine dedicated to publishing literary adventure fantasy: fantasy set in secondary-world or historical paranormal settings, written with a literary focus on the characters.

We love traditional adventure fantasy, but we also love how the influence of literary writing on fantasy short fiction has expanded the genre, encouraging writers to use literary devices such as tight points-of-view and discontinuous narratives; to feature conflicts that are internal as well as external. We want stories that combine the best of both these styles—set in vivid fantasy or historical paranormal worlds but written with all the flair and impact of modern literary-influenced fantasy.

Beneath Ceaseless Skies is one of the best speculative fiction zines out there, and I have a LOT of favourite stories from this publication, but these are three of my many, many faves:

(I've had two stories published in BCS - something I'm immensely proud of - and you can read them here.)
🕮

Mermaids Monthly is a digital magazine all about mermaids. What kind of mermaids? Every kind. Happy mermaids, murderous mermaids; mermaids, merdudes, mermxs – maybe even a few highly confused manatees! Any cool aquatic chimeras that you could possibly think of with any and every fin color and combination. Our magazine has short stories, flash stories, comics, poetry, art, and more.

Support Mermaids Monthly on Patreon.
Mermaids Monthly is a newer zine, with an amazing team behind it, including Julia Rios and Meg Frank. They recently published their fourth issue, and it is full of mer goodness. Three of my favourite stories from this zine, so far!, are:

Like a wish upon a star, Constelación Magazine was born out of two people who had the same dream: to read more speculative stories in Spanish. Though we live more than 6,400 miles apart, the universe answered by bringing us together, with the goal of amplifying the voices of Latin America and the Caribbean. At the same time, we want to give Spanish-speakers access to stories of all races, ethnicities, genders, and walks of life.
Constelación is a quarterly speculative fiction bilingual magazine, publishing stories in both Spanish and English. Writers can submit their stories in either language. Fifty percent of the stories we publish in every issue will be from authors from the Caribbean, Latin America, and their diaspora.

The first issue of this new zine was pretty darn amazing, and the second issue is forthcoming. Three of my favourites from that first issue are:

Fusion Fragment just launched their Patreon, and you can support them and get some great fiction in a beautiful zine. Support Fusion Fragment on Patreon.
🕮